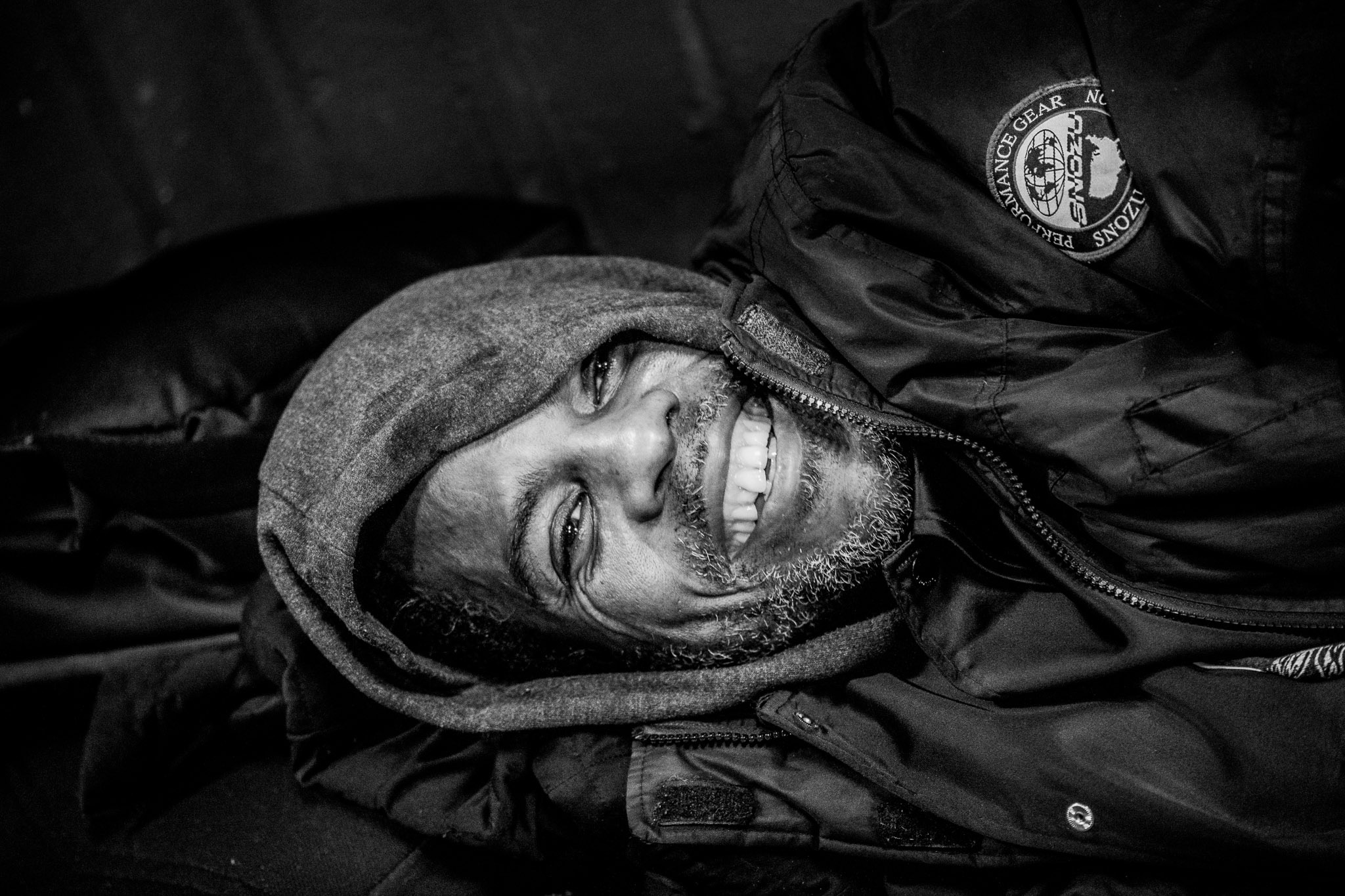 Jay John (45) has been homeless for the last 4 years. He was born in Somerset, New Jersey the youngest of 10 siblings. In 1989 he got his barber license at Atlas Barber School, then moved to Jersey City to start his career as a hairstylist.

“Do you have any interesting stories as a barber?”

“Oh man, I could tell you a lot (smirking). Especially when I worked at the women’s salon... learning to cut hair was the most interesting though. My favorite story is what made me interested in becoming a barber...

I was staying with my aunt for the summer, and my uncle, he uh had an electric razor in the medicine cabinet. He used to cut all of his kids’ hair. So one Saturday morning, I... you know wanted to be a barber... I was nine years old. I took the electric razor and shaved all the hair off my head... my eyebrows everything man. So my cousin hears me, comes in the bathroom and sees it all, he says ‘oh do mine do mine!’ (laughing) So I cut his hair and my other two cousins'. So my aunt wakes up and we’re all in the living room watching cartoons and she sees four kids with bald heads (laughing)...

Anyways, she starts freaking out. So later on that day, she went out to do her shopping and she came back with a brand new electric razor set... she put it in my lap and she smiled and looked at me, she said ‘you better get good at it J’ and I smiled right back. That was it man, ever since I wanted to cut hair.”